Live from the sharing center

In conversation with Mr. RAMESH HARIANI,MD Of, G. R. ENGINEERING

Under his leadership, the company has grown to be one of the largest Indian companies

Q: WAS G.R. ALWAYS IN THE BUSINESS OF MANUFACTURING PROCESS EQUIPMENT OR HAVE YOU BEEN INVOLVED IN OTHER BUSINESSES AS WELL?

Ans : The company started in 1966 manufacturing equipment, such as mixers and blenders, for pharmaceutical companies. It also manufactured Gratings and various process plant equipment. We started doing site-related jobs in the early 1980s. We can proudly say that we are now one of the few companies that assemble large processed equipment on site as well as in our factory.

Q: WHAT WAS THE LARGEST PACKAGE MANUFACTURED BY G.R. ENGINEERING?

Ans : We are currently producing some very large pieces of equipment on site. We recently completed a mega project at HMEL at Bathinda, for which we supplied Asia’s largest column. It had a diameter of 8.7 m and an overall length of 103 m. The thickness of its walls was 80 mm. It weighed 1,761 MT and was moved by Boxco Logistics.

We are also currently doing a complete EPC job, which involves installing a cyclemax reactor regeneration package (CCR) for Kochi Refinery, which we won without having any consortium partner.

We are handling projects worth Rs 450 crores at a single location.

Q: WE SAW THAT FOR THE HMEL BHATINDA PROJECT, G.R. SET UP AN ASSEMBLING UNIT IN BHATINDA, WHERE THE PACKAGES WERE ASSEMBLED AND THE FINAL UNITS WERE TRANSPORTED FROM THERE TO BHATINDA. DO YOU SEE THIS HAPPENING MORE AND MORE IN THE FUTURE?

Ans : The sizes of the equipment for HMEL Bhatinda were such that we had no option but to have an assembly yard close to the refinery.We are currently working on a large job building a mounded storage bullet in Bangladesh. As the project requires large packages, there is no option but to assemble the final unit at the site. We have been able to assure the client that we can create factory-like conditions in the open yard without compromising on quality. In the past, we have supplied various shop-fabricated items for export. 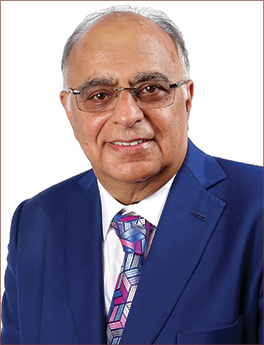 Incorporated in 1966, G. R. Engineering has grown to become one of the largest private engineering companies in India. It has a reputation for its world-class offerings across the entire spectrum of engineering, project management and construction supervision services. It works primarily with the oil and gas, power, petrochemical, and fertiliser industries.

The company was founded by the late Shri D P Hariani, and his values, the strength of his leadership and his courage persist today under the guidance of Shri R D Hariani, MD. G.R. Engineering has been a pioneer in the growth of the Indian energy sector, by specialising in the fabrication of custom-made equipment for process industries such as:

G.R. Engineering established its first factory at Andheri in Mumbai and within 10 years, it had established a very large unit at Whitefield Road, Bangalore. Subsequently, a factory in Tarapur was opened in 1987, which provides equipment to all our customers.

Today, the company, under the leadership of Mr Ramesh Hariani, has grown to be one of the largest Indian companies in the process equipment manufacturing sector.

Mr Ramesh Hariani joined the company in 1977. He obtained his first degree, a BSc in mechanical engineering, from City, University of London. In 1974, he graduated with a master’s in business management from the University of Bradford, Yorkshire, UK.

Ans : We faced many challenges during the pandemic, most of which were common to other manufacturers as well. We were able to overcome them mainly by extending our help to our workers. We assured them that we were taking maximum care of them, as their health was our first priority. However, no major incentives were offered. It was mostly done by our team through discussions and assurances that they would be taken care of if they were affected by the virus. Many workers were allowed to stay in the yard, since we could control their hygiene.

Q: WE KNOW THAT G.R. IS LARGELY FOCUSED ON SERVICING THE PSU SECTOR IN INDIA. IS THERE ANY PARTICULAR REASON FOR THIS, OR HAS THE COMPANY TRIED EXPORTING OR WORKING WITH THE PRIVATE SECTOR IN INDIA?

Ans : We are focused on oil, gas and petrochemicals, and we hope to remain in this field and do more EPC jobs on a turnkey basis but within oil and gas. We see a bright future in this industry for the next 10 years.

In conversation with Mr DIBYENDU BOSE, VP Of TATA STEEL